Jamil Khuja is a trial lawyer who concentrates his practice primarily on criminal litigation. He received a bachelor’s degree from the University of Michigan and then graduated with honors from the Thomas M. Cooley Law School, where he attended on an Honors Scholarship. Despite an accelerated schedule that allowed him to graduate from law school in roughly two years, he was on the Dean’s List and Honor Roll every semester and received many awards for his grades and written work.

He also won Mock Trial and Moot Court competitions and was a senior associate editor of the Law Review. In addition, he won several certificates of merit (book awards), which are awarded to the student receiving the highest overall grade in a class. Jamil is admitted to practice in the State of Michigan as well as the United States District Court for the Eastern District of Michigan.

Jamil has served as an Assistant Prosecuting Attorney in Wayne County, one of the busiest prosecuting agencies in the country. Jamil was briefly assigned to the juvenile division, where he prosecuted juveniles accused of committing crimes. The majority of his time as a prosecutor was in the Felony Trial Division. He appeared in the Third Circuit Court of Wayne County and nearly all of district courts throughout Wayne County. He handled thousands of felony cases, many of which went to jury trials. Among the types of cases he handled were drunk driving, fraud, drug trafficking, shootings, and murder. Nearly all of his cases ended with a conviction.

Since leaving the prosecutor’s office, Jamil has aggressively defended individuals accused of serious felony offenses. He has handled complex fraud cases involving the federal government as well as violent crimes such as criminal sexual conduct (rape), robberies, assaults, and murders. Jamil is constantly updating his legal knowledge and skills by attending legal seminars and keeping up with changing laws. His unique skills have led to very favorable results, including complete dismissals, for many of his clients.

Jamil’s work has earned him the respect of many attorneys, prosecutors, and judges. He has also been recognized by various legal organizations. The National Trial Lawyers named Jamil to its list of Top 40 Under 40. The American Institute of DUI/DWI Attorneys named Jamil one of the ‘10 Best’ Attorneys in the State of Michigan. On AVVO, a website that rates lawyers, Jamil is rated ‘Superb,’ receiving the highest rating of 10.0.


For more information about attorney Jamil Khuja or to schedule a free initial consultation regarding your criminal or civil legal issue, contact our office today or call us directly at 313.582.5800. 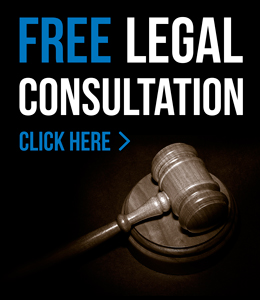